Restoration of the historical functional landscape structure according to the old maps, which allowed the return of water and rare animals to a site originally devastated by intensive agriculture. Extensive landscaping with the restoration of grounded blind river branches, planting approximately 1500 trees - groups and solitaires. 700 ha.

The Deer Park Obelisk landscape is situated on a floodplain of the Dyje River that intersects the Lednice - Valtice site which is inscribed on the UNESCO World Heritage List. For centuries this area was regularly flooded every spring. After 1970 the banks of the Dyje River were modified to stop the river from meandering. All its meanders and oxbow lakes were left to dry out and they were filled with earth. The floodplain landscape ceased to exist. The meadows that were regularly flooded before were turned into fields repeatedly ploughed by farmers. The floodplain soil is not suitable for farm crop. The fields did not provide the expected yields and the natural water system was destroyed. The entire ecosystem collapsed. The native plants and animals disappeared. In 2000 a private owner acquired the land plots in the infertile and dry landscape, consolidated them to create an area of 500 ha with the aim of bringing the landscape back as it used to be in the past. He had to enter into 5000 contracts with the former land owners.

In 2003 we developed the first vision for the restoration of this area which has been gradually implemented since. First we studied the historical maps of the area in great detail and later we used them as the basis, supported by onsite research, for the restoration of the former natural processes. The first fifteen years were spent on the preparation. We, the landscape architects, had the opportunity to redesign the extinct landscape the former existence of which was documented in historical maps and aerial photographs. The proposed design included the restoration of the water regime followed by the enhancement of the existing planting composition. The proposed landscape modifications were all composed and stemmed from the traditional approach to landscape design adopted by the House of Liechtenstein, which is the core value on the basis of which the Lednice - Valtice Cultural Landscape was listed as a UNESCO World Heritage Site. An integral part of the composed vistas represents the obelisk erected to celebrate the peace settlement between France and Austria in 1797. The viewing tower built in the style of a minaret and the church spires situated in the surrounding area have been also incorporated into the landscape composition.

Major landscaping works were performed in 2012-2019 and the work still continues. The first action was the restoration of the water system infrastructure (2016). The earth was excavated from the former oxbow lakes and they were filled with water using a smart irrigation system. It was necessary to design and build a new 2.0 water system which brings water to the oxbow lakes. This system allows a comprehensive water management in the landscape which simulates the natural process destroyed by the ill-considered human intervention. The area is a dry polder which can be flooded during the flood season. This is also a reason why the design includes several elevated areas where animals can find refuge in case of flooding.

The fields were converted into meadows and at present the spring floods are simulated on them. The meadows were restored by bringing hay full of plant seeds from the local floodplain vegetation. The soil, which was drained and deprived of water in the past, can again retain water. Even during summer months the soil contains enough water that the entire area appears like a green island in the middle of the dry fields which surround it. About 1500 solitary trees were planted in the area including lines of trees. Several dozens of thousand of seedlings were planted in small clusters and forests.

The initial plan was to create a deer park for breeding stags but this idea has changed in time and the park, thanks to its fencing, has become a wildlife conservation area where the animals and plants native to the floodplain landscape have returned. As this area is fenced off, no dogs are allowed there and even the movement of people is restricted. This encouraged an unprecedented increase in numbers of birds, small animals and plants. There are neither human interventions interfering with the wildlife nor major predators present there. In the first years of the park’s existence, the biodiversity increased significantly as many species were able to find a refuge here and flourish in this extraordinary habitat.

The “Deer Park Obelisk” project with its total area of 500 hectares is an example of the restoration of the former natural processes in a floodplain landscape and it can serve as a model for similar areas elsewhere in Europe. The park is surrounded by another 200 hectares of the buffer zone and the local communities plan to implement similar measures to retain water in the landscape which will help them to mitigate the impact of climate change.

The most pleasing reward for this effort is the fact that not only can the floodplain water system be restored, thus restarting the natural processes in the landscape, but that the former biodiversity can also return. Nowadays the park operates as a refuge where the native biota from the surrounding area is coming back. Thanks to the implementation of a modern infrastructure and water management system, covering a wide area which includes the UNESCO listed landscape, EU NATURA 2000 and Bird Habitats, the landscape has been restored and has the same qualities as it had before the canalisation of the river. 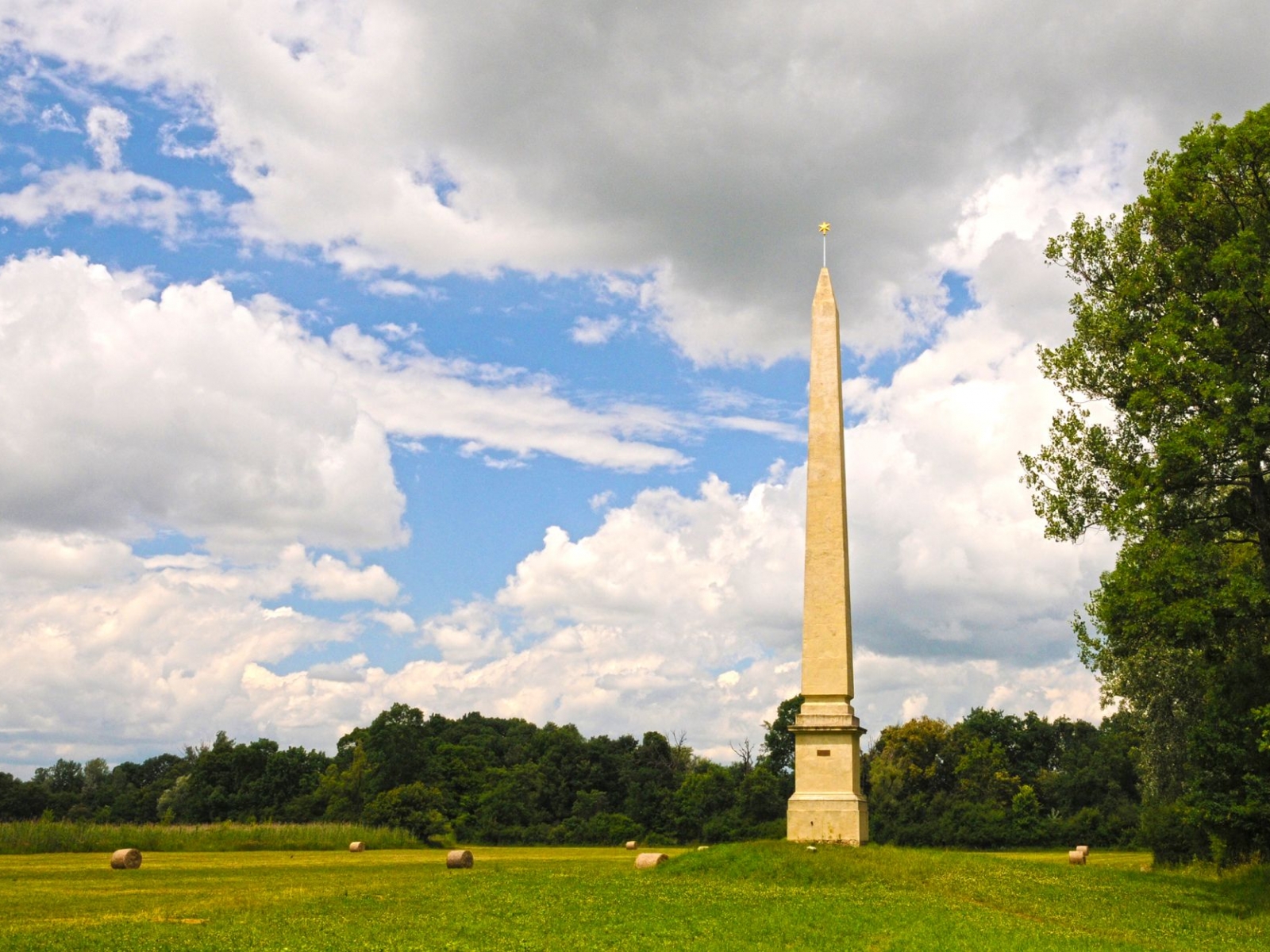 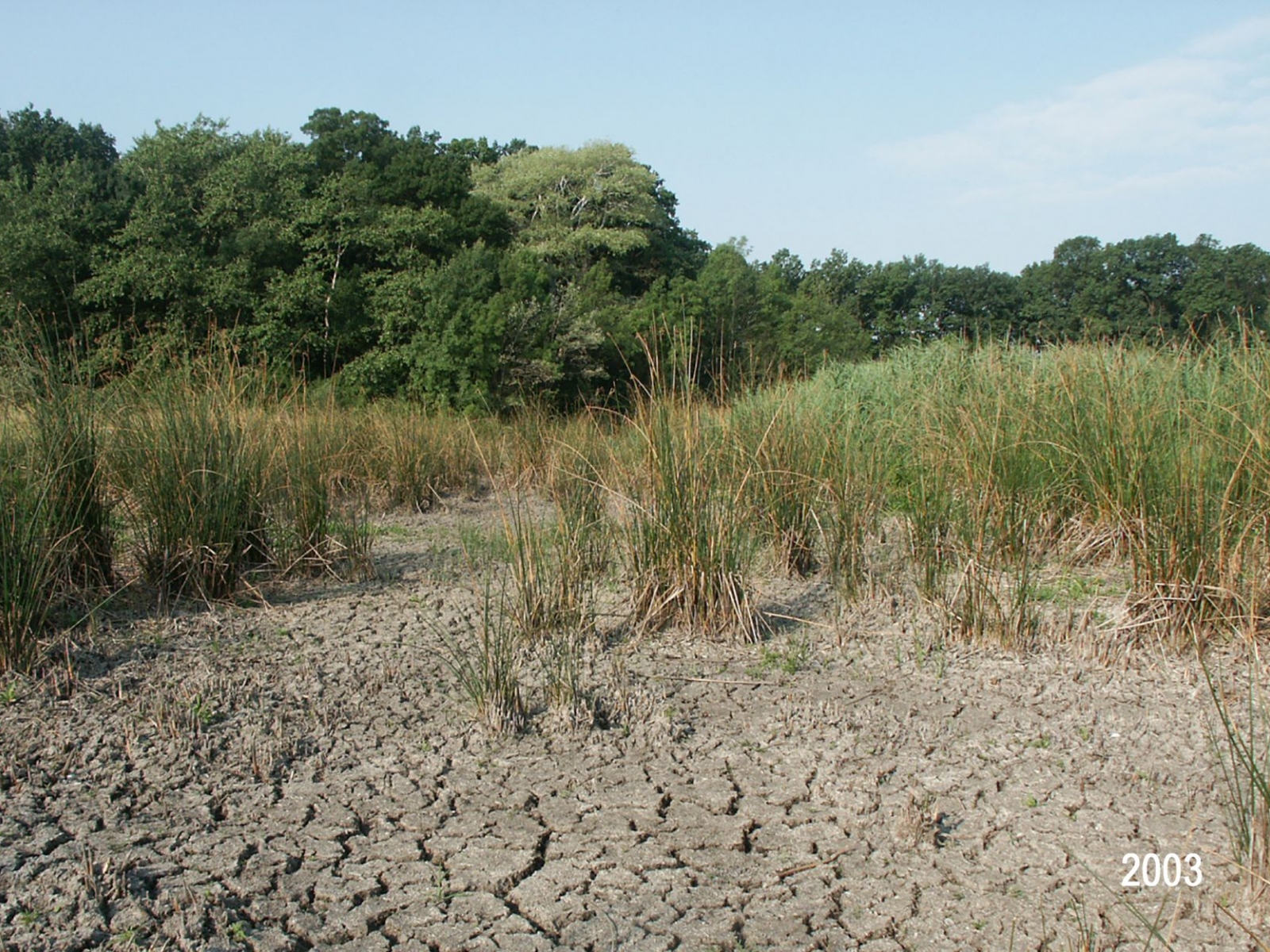 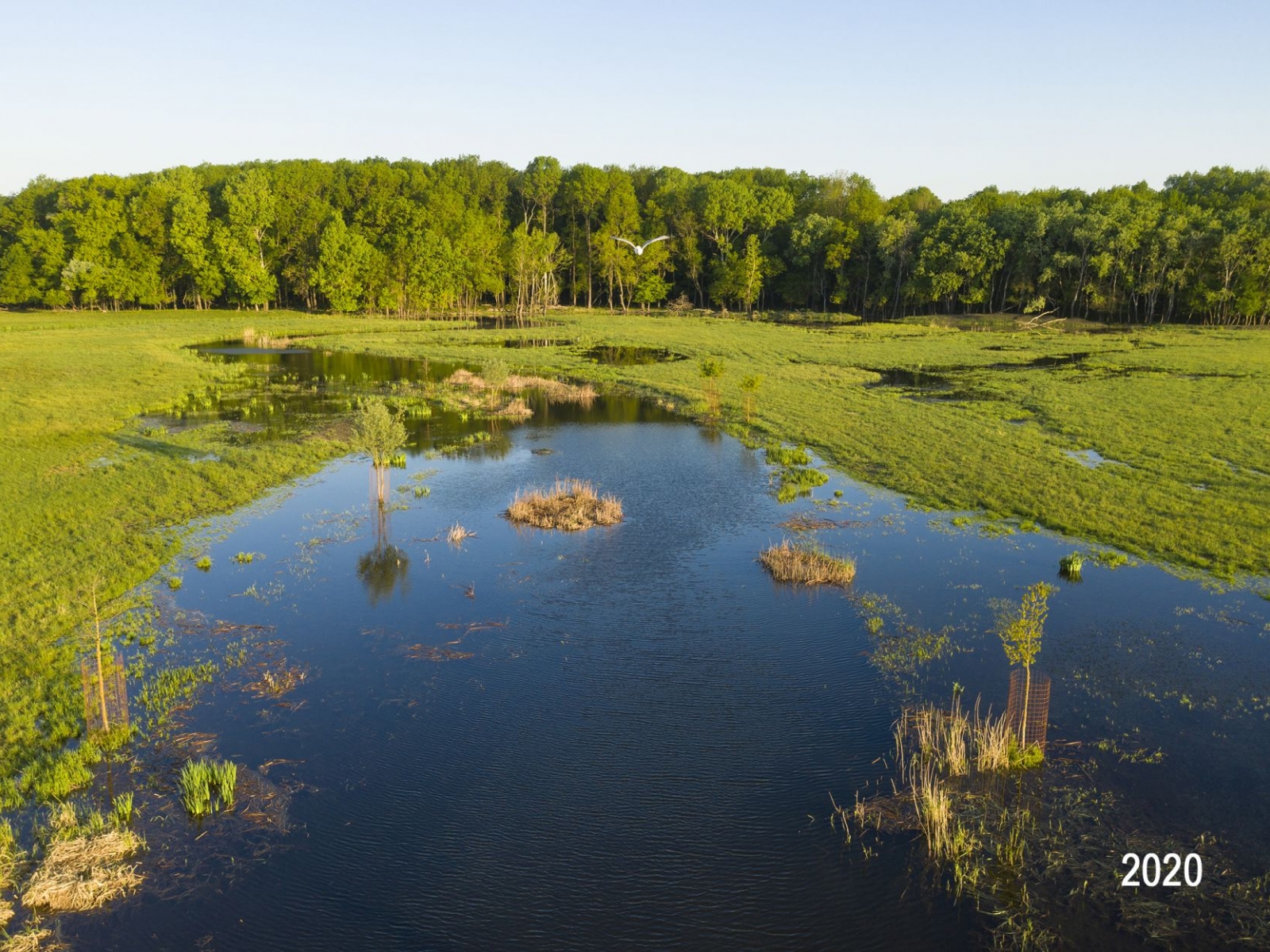 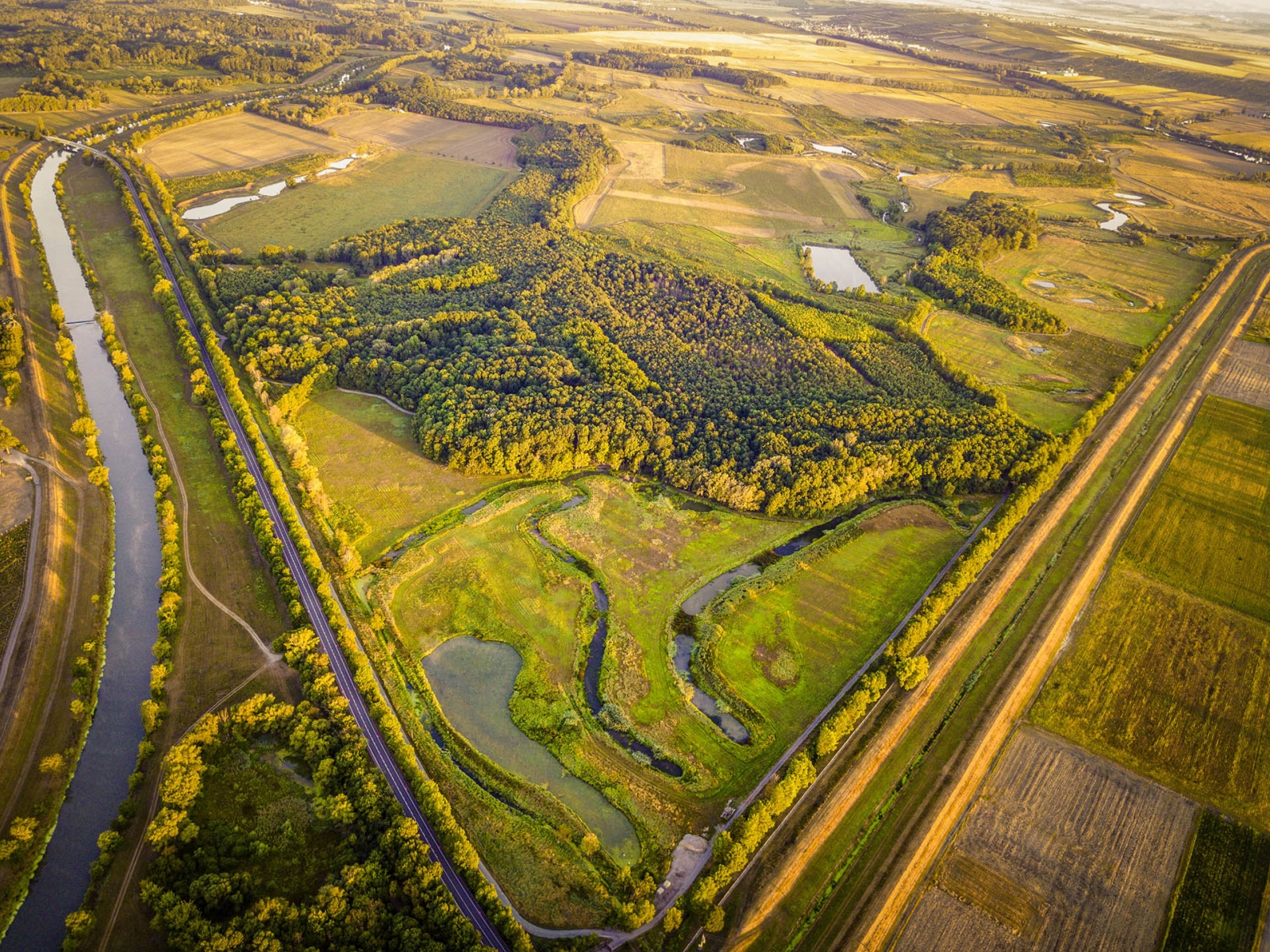 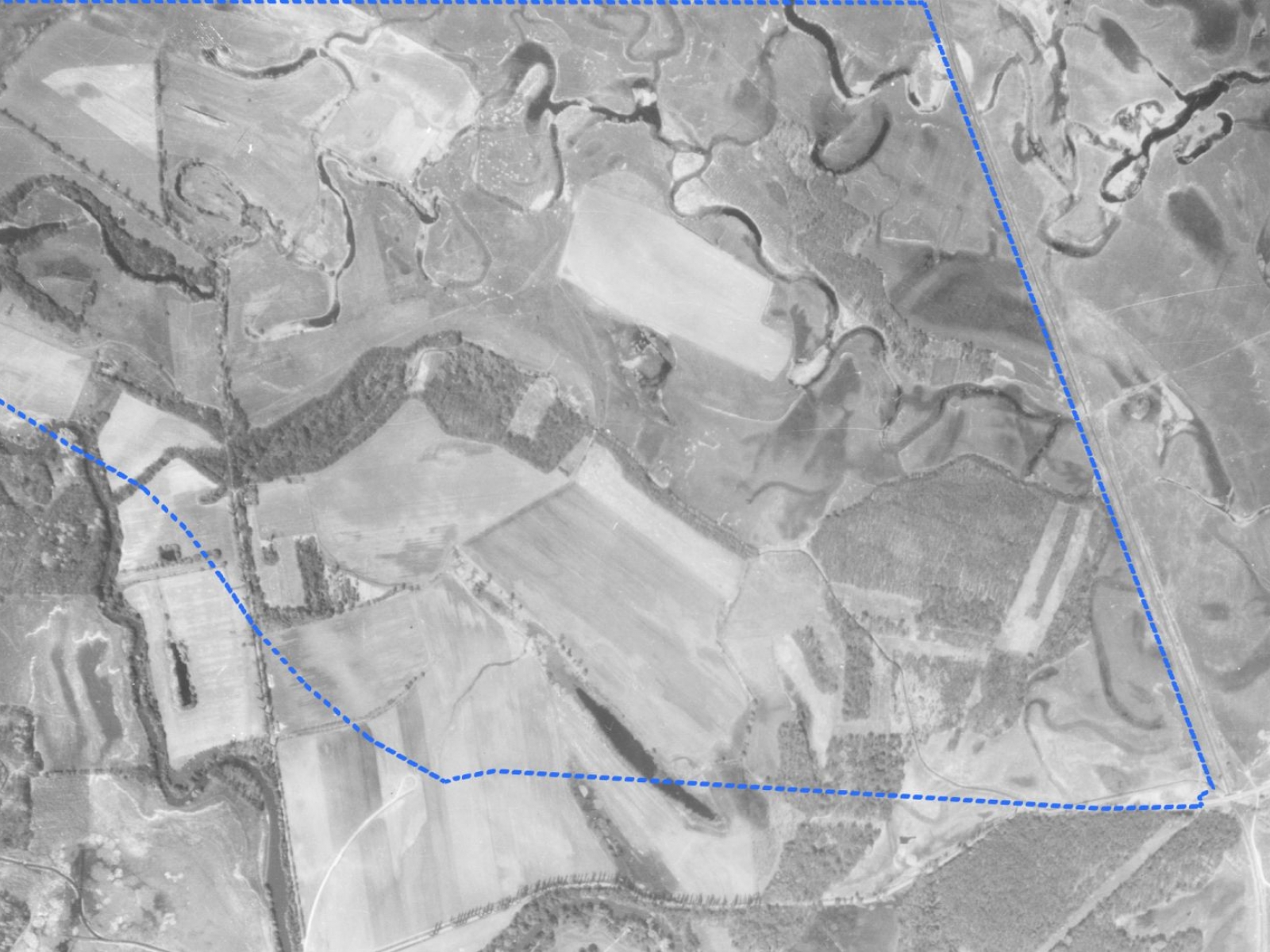 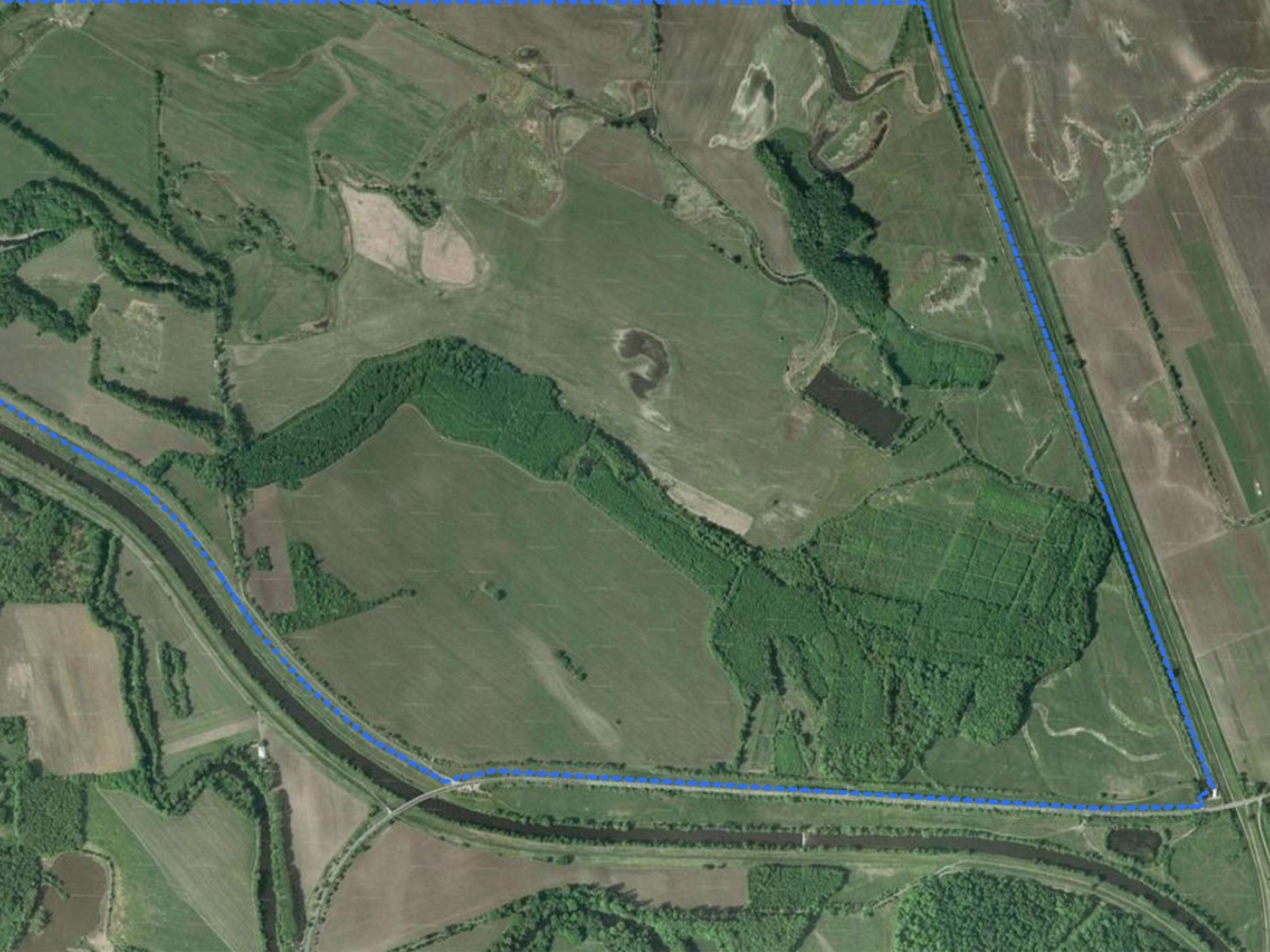 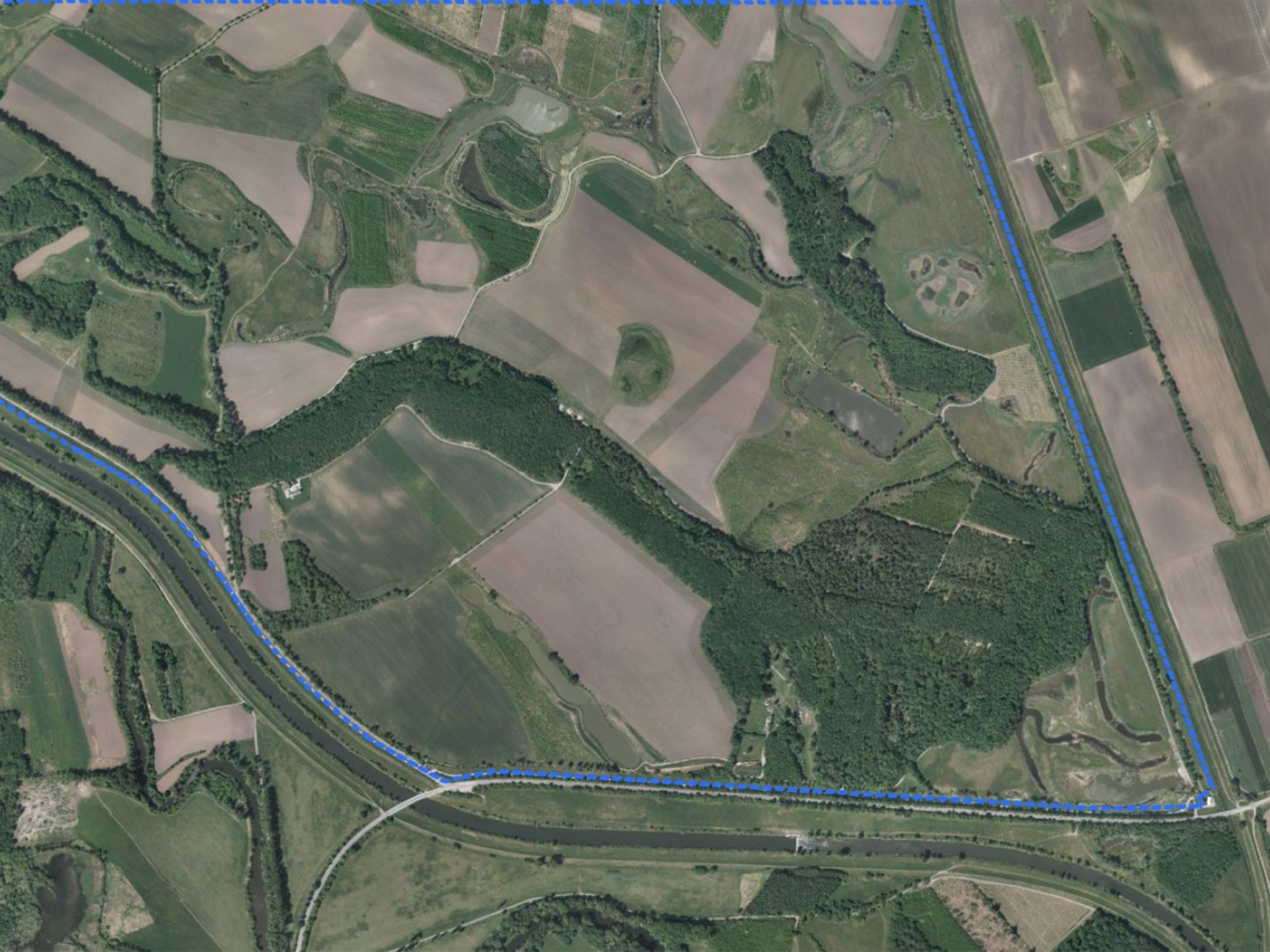 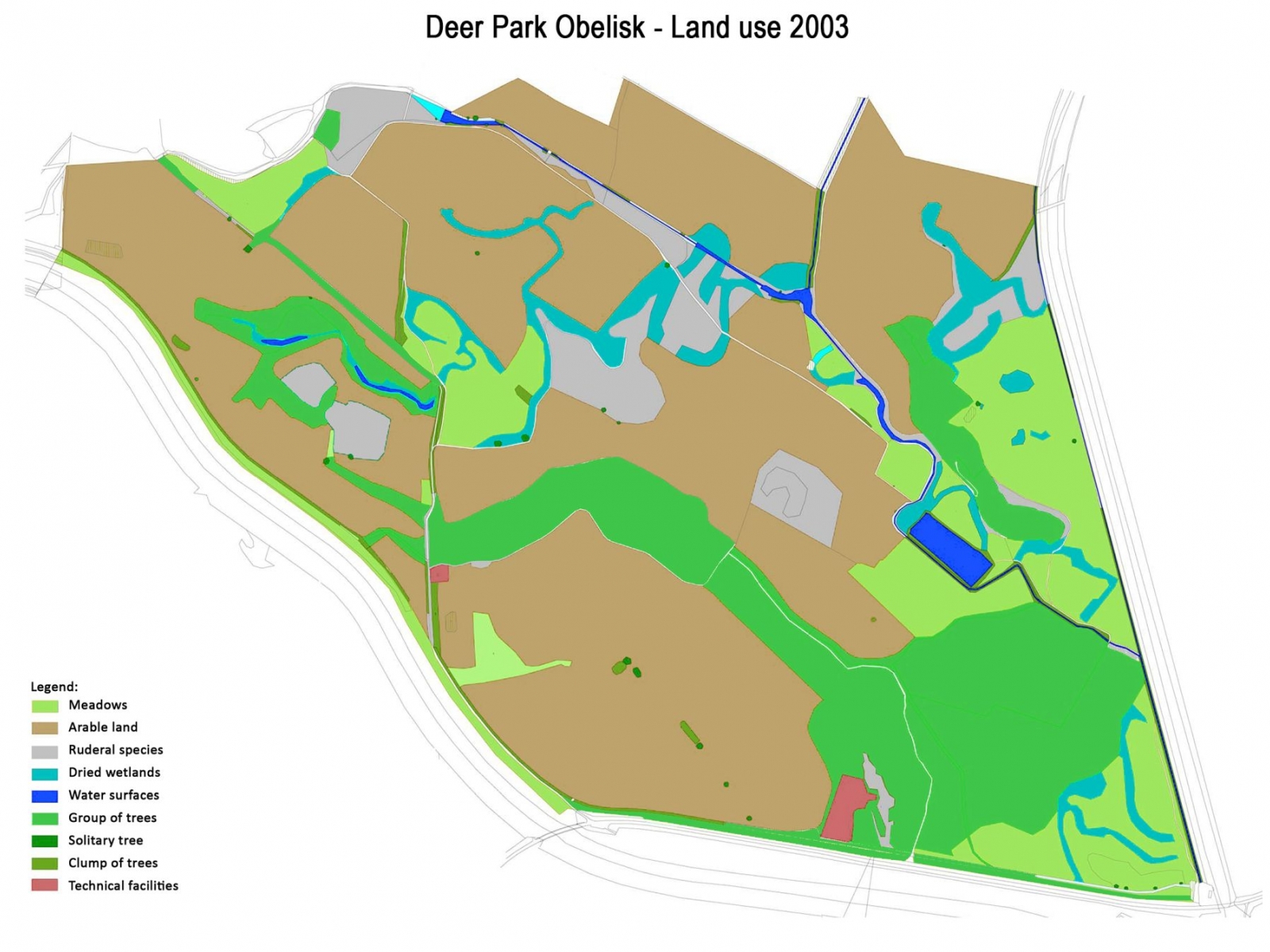 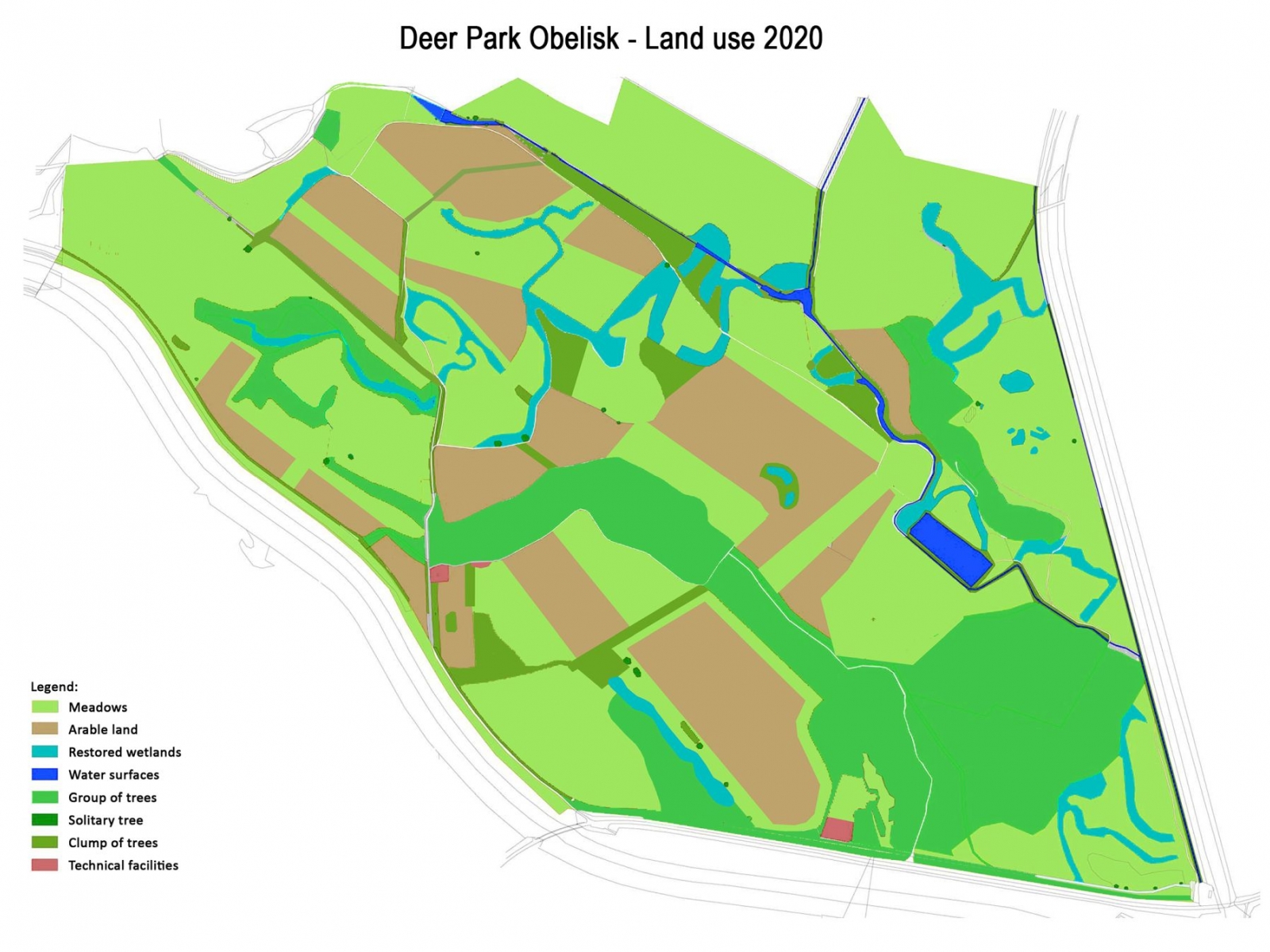 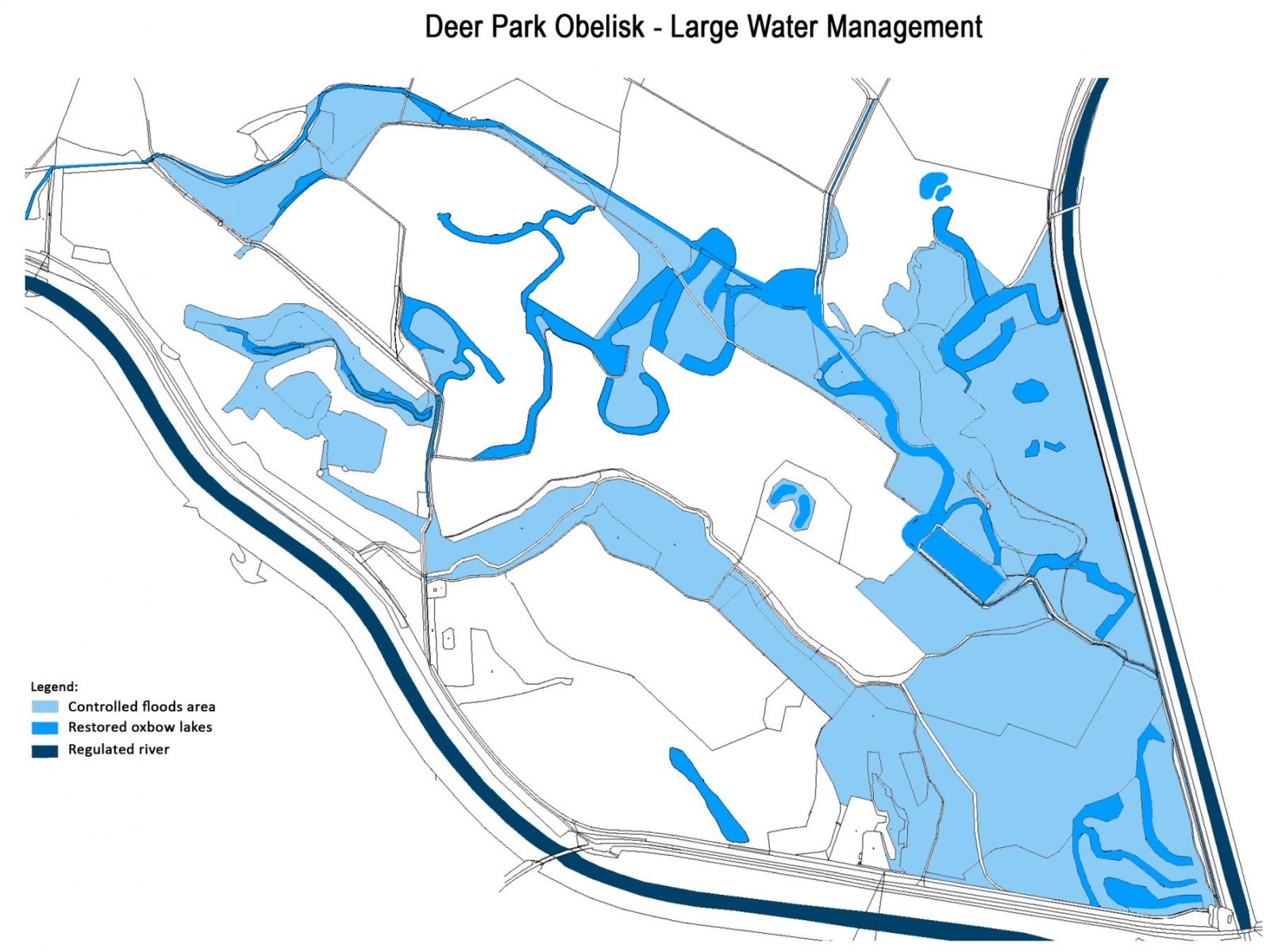 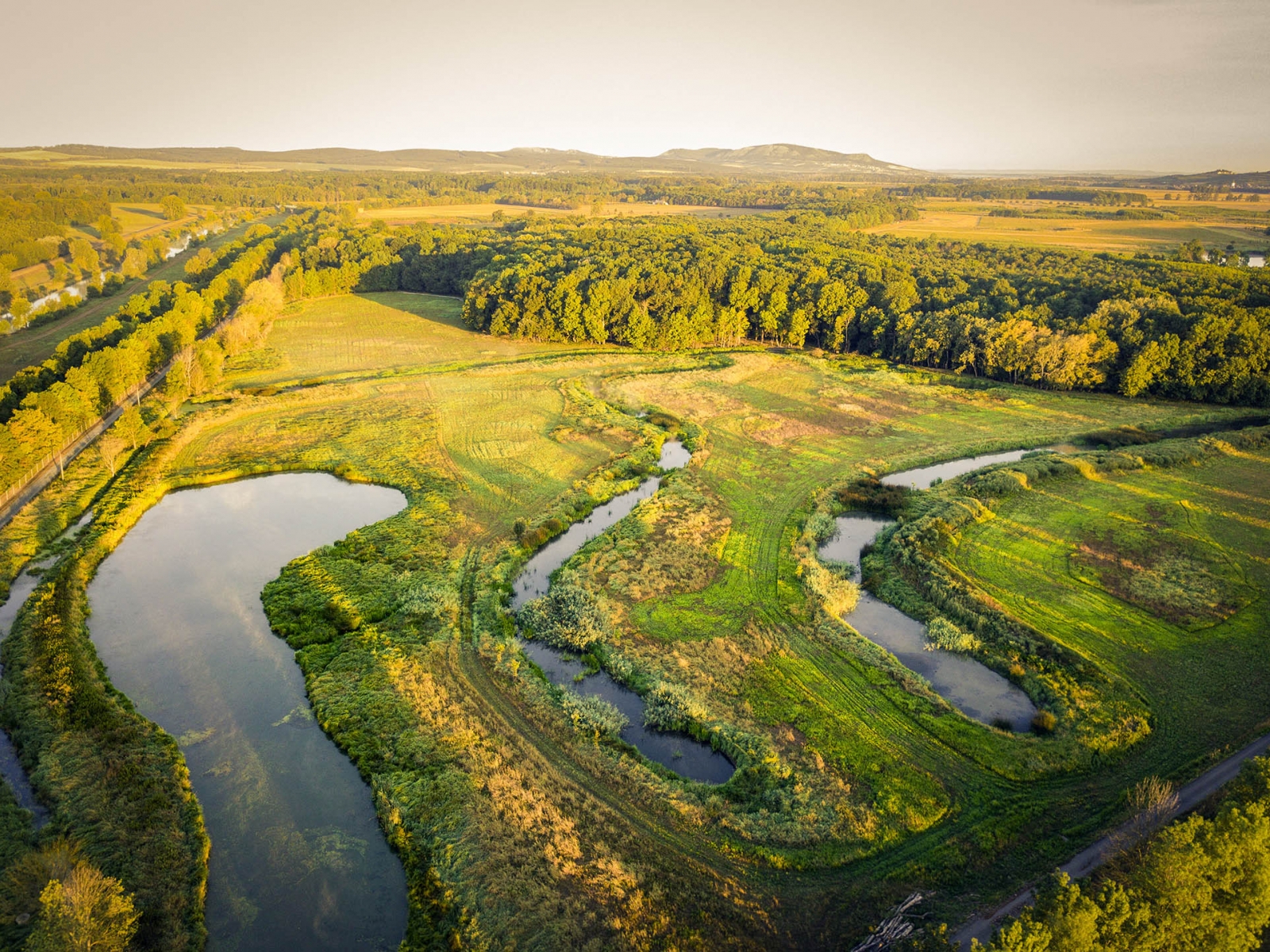 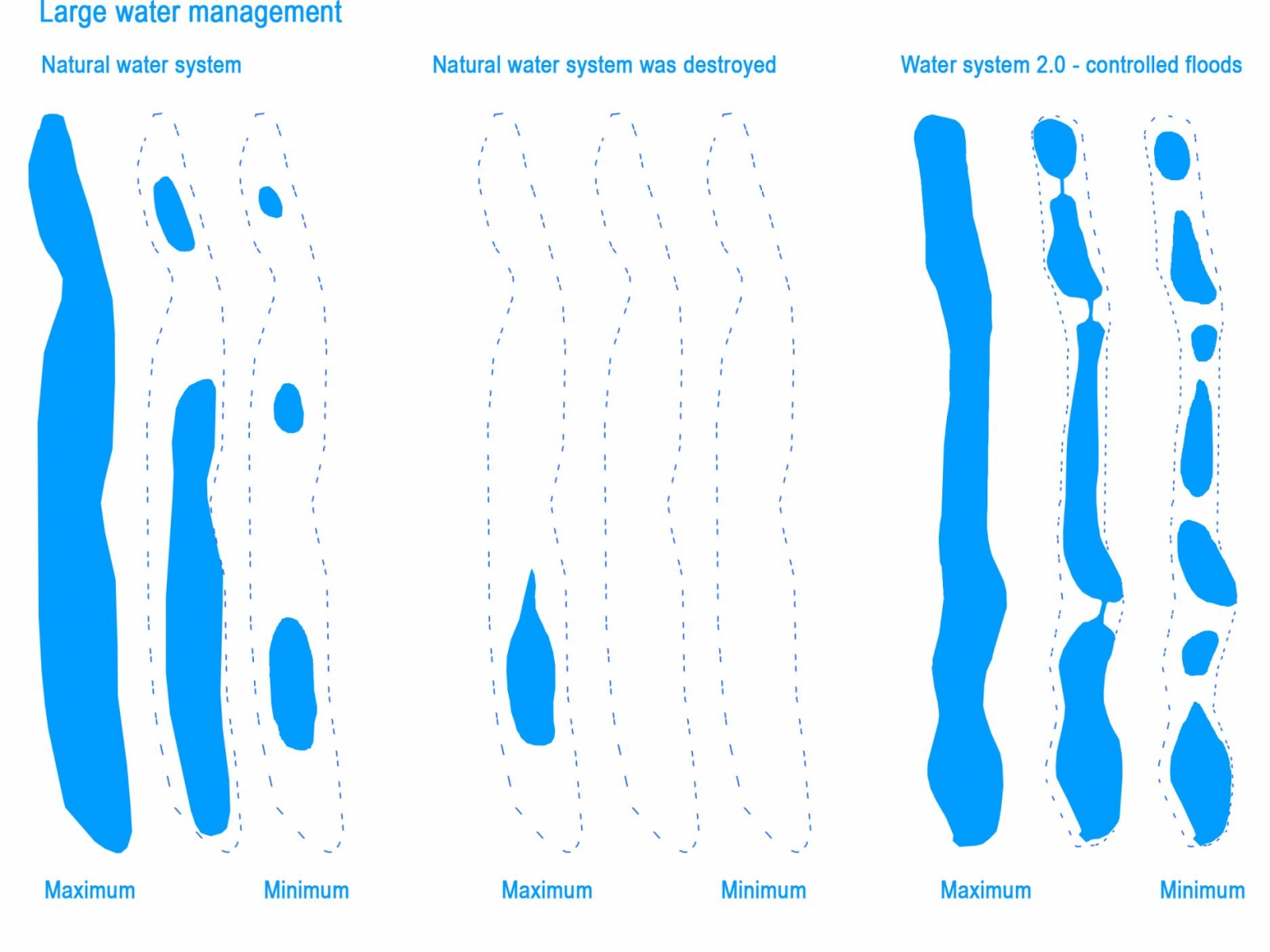 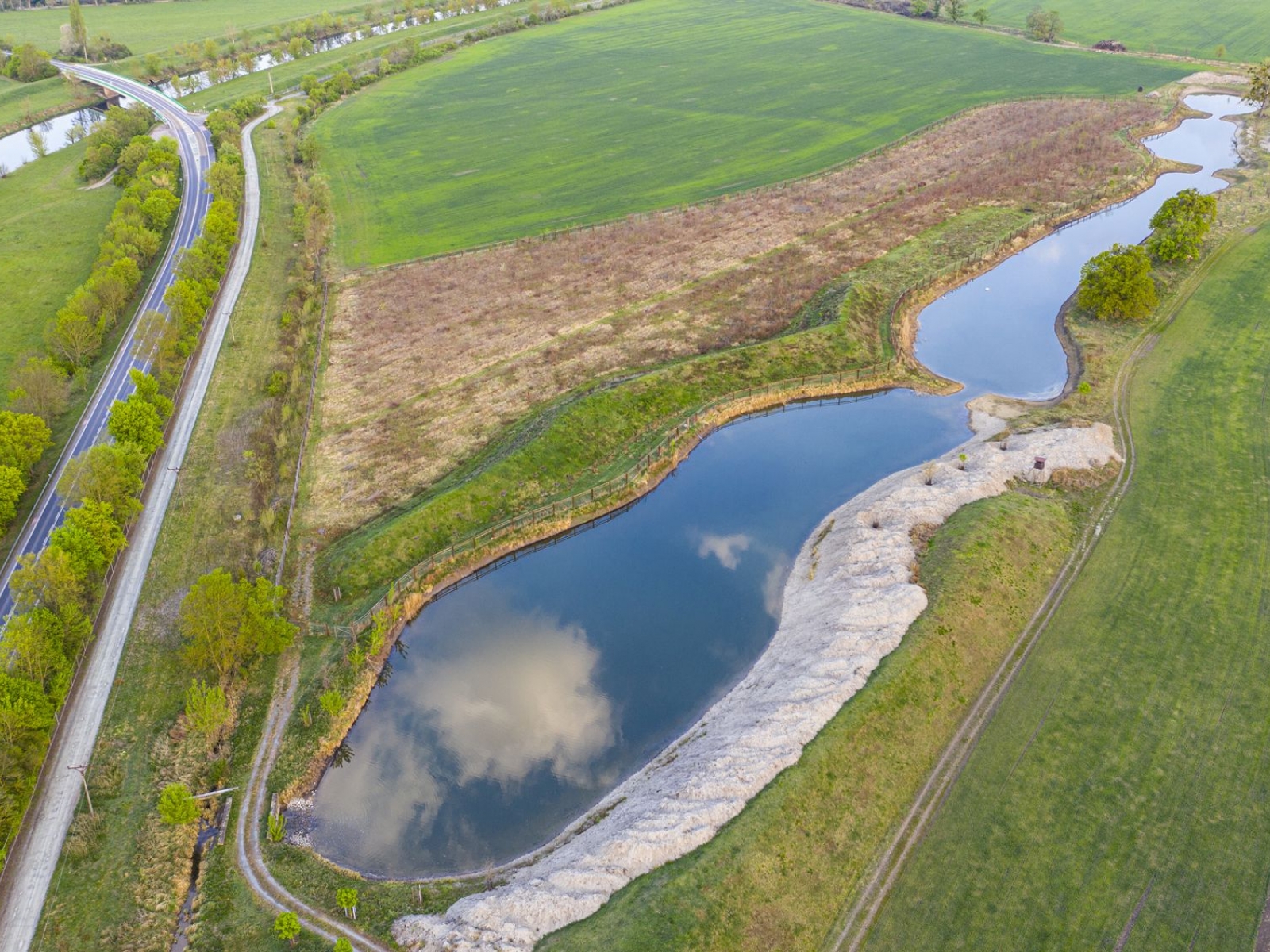 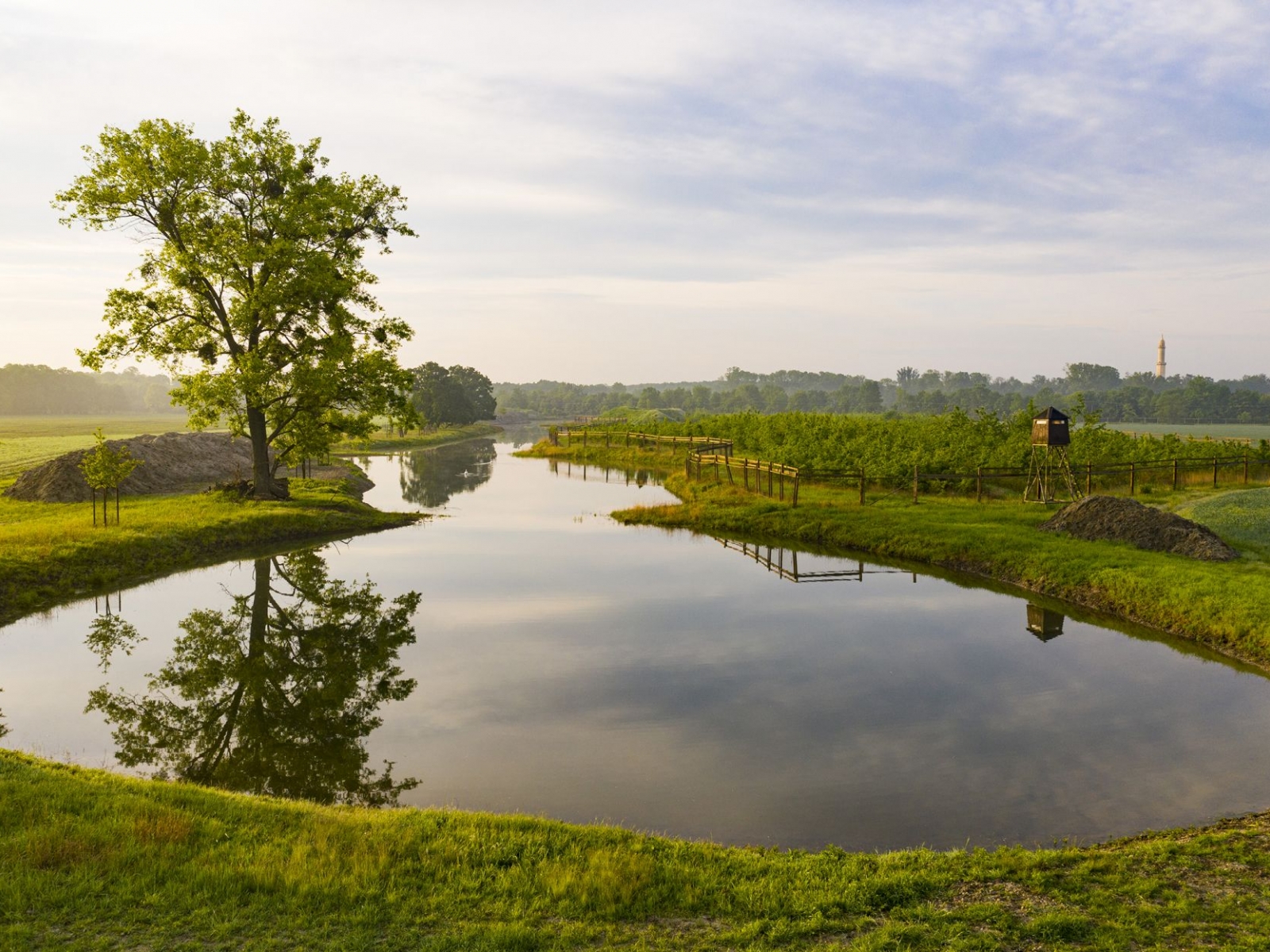 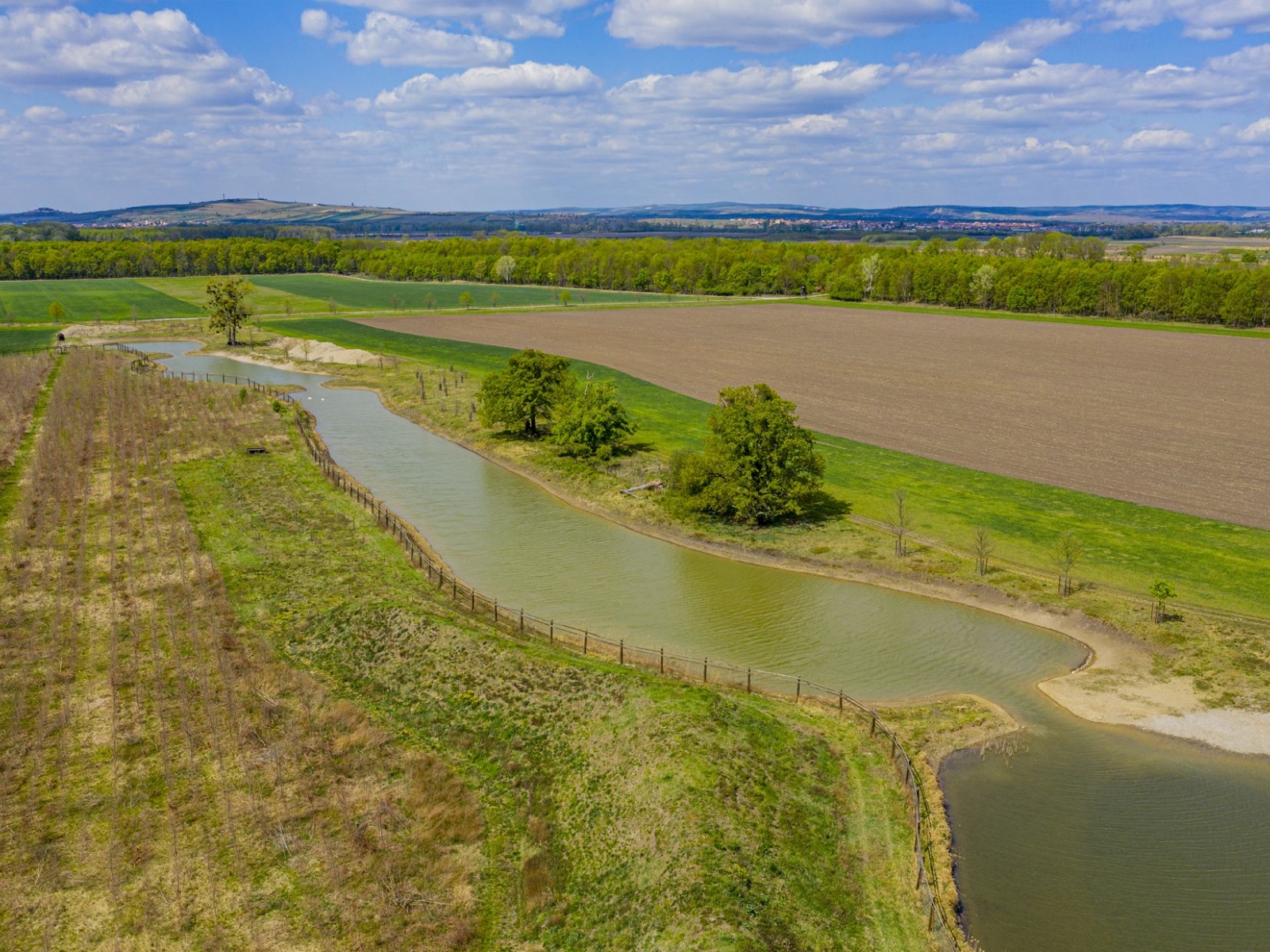 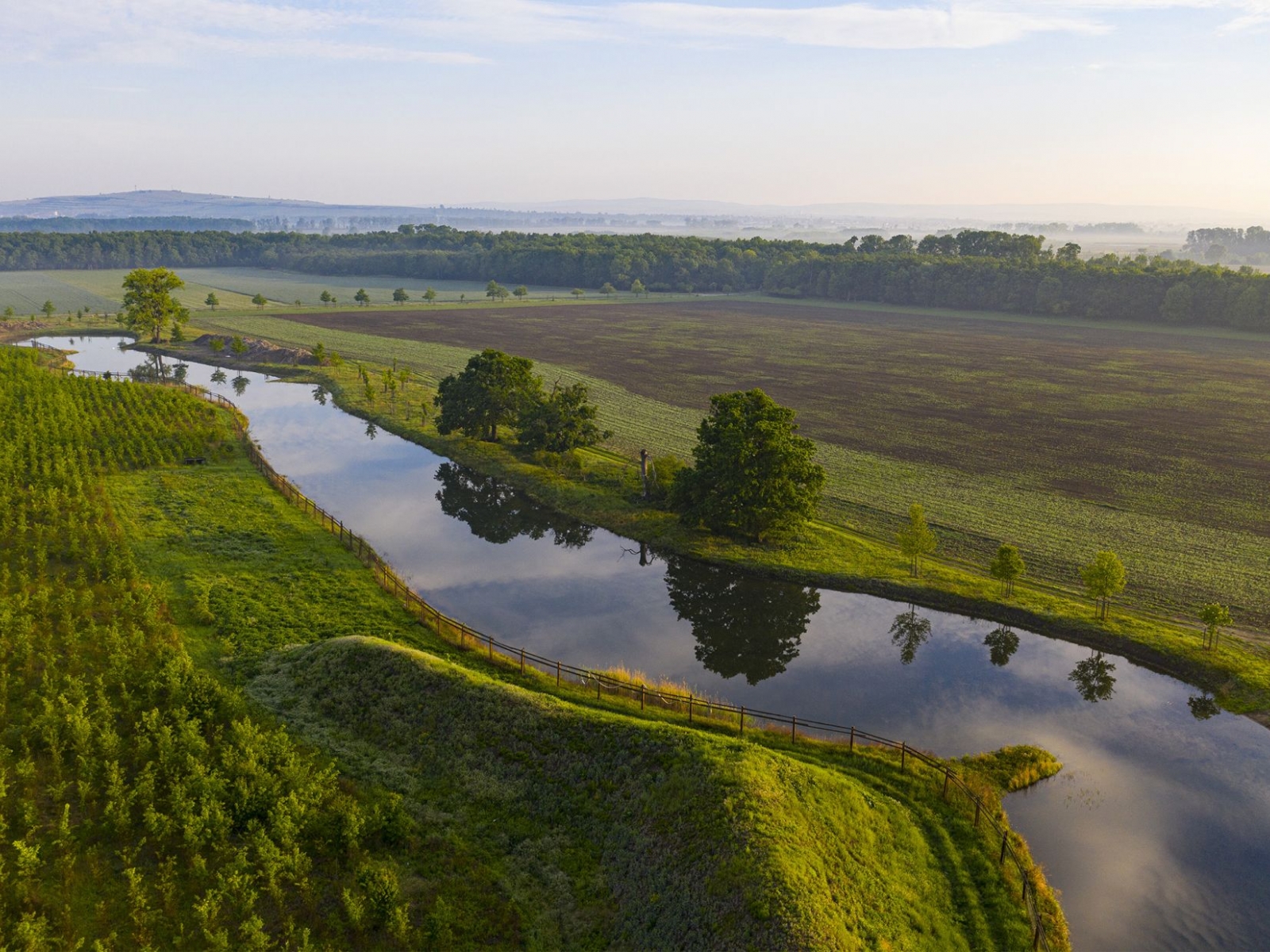 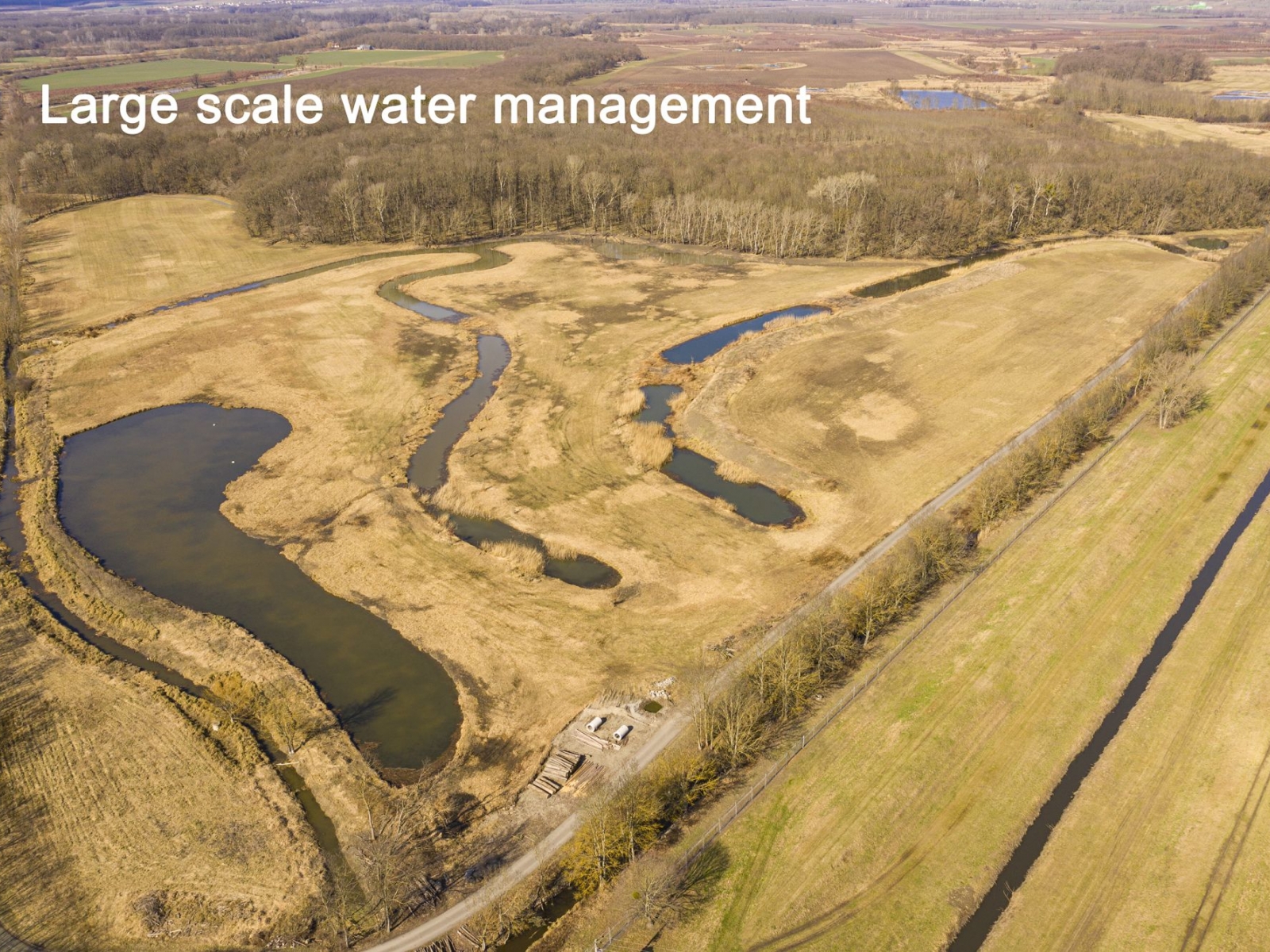 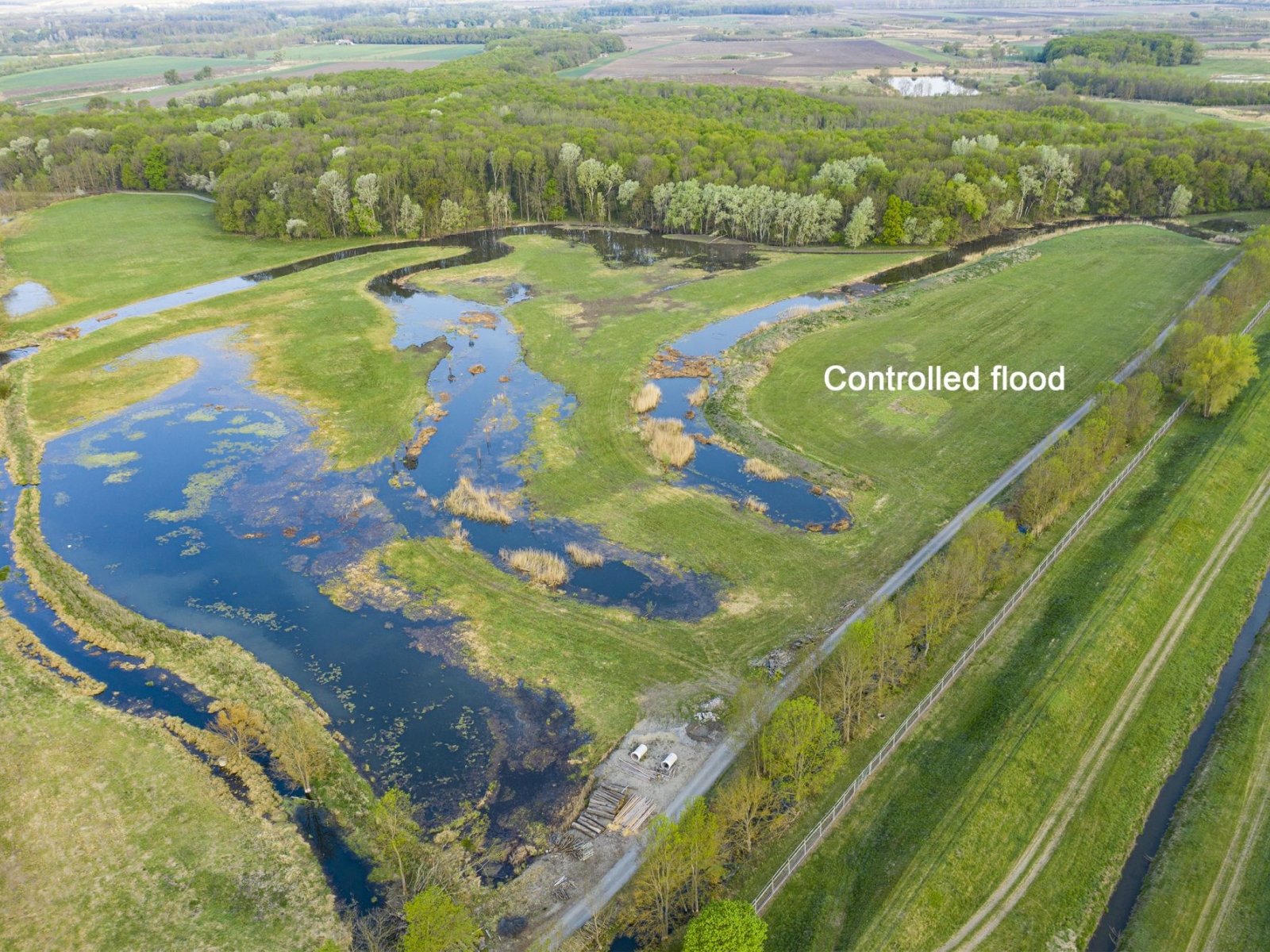 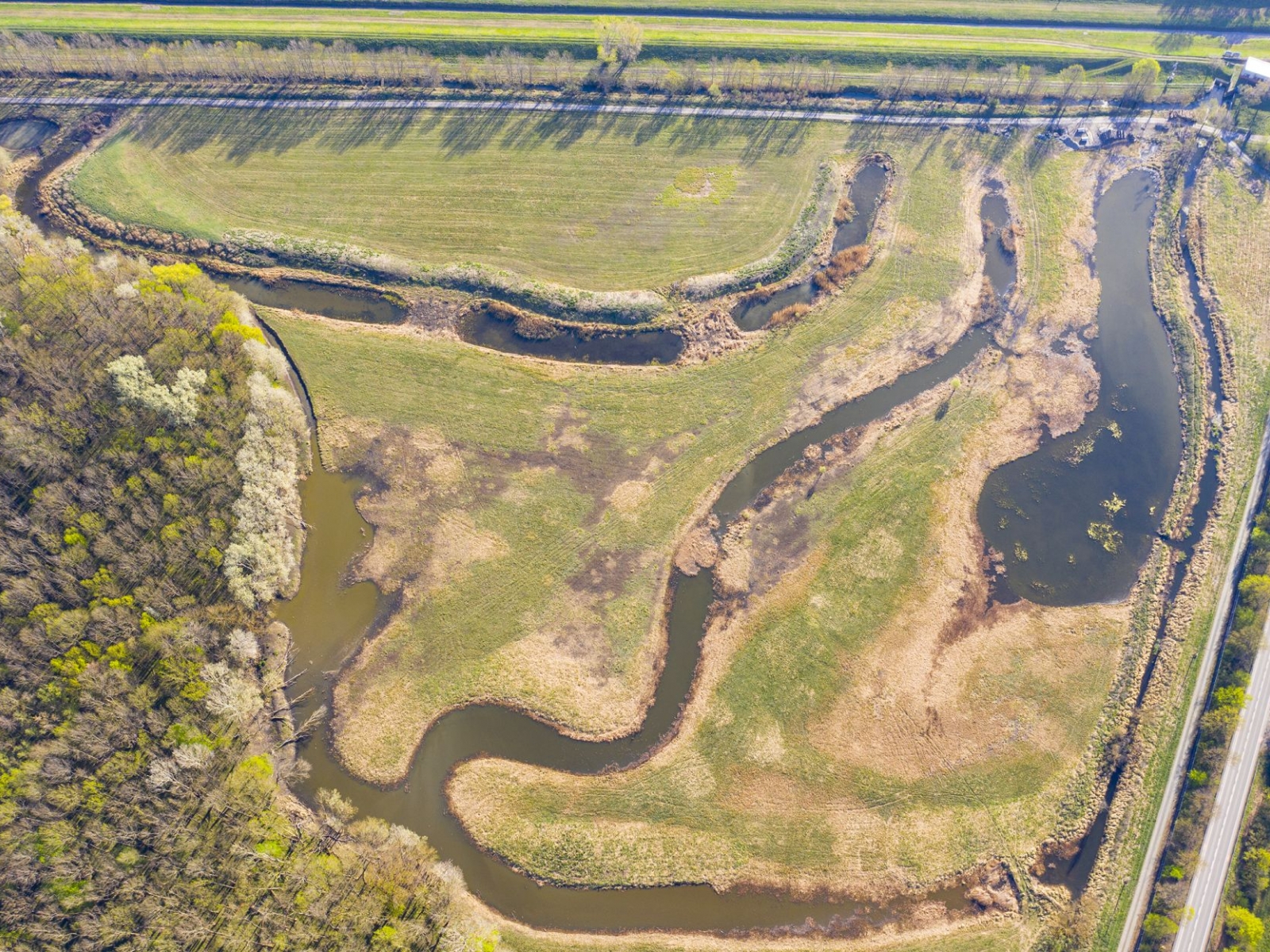 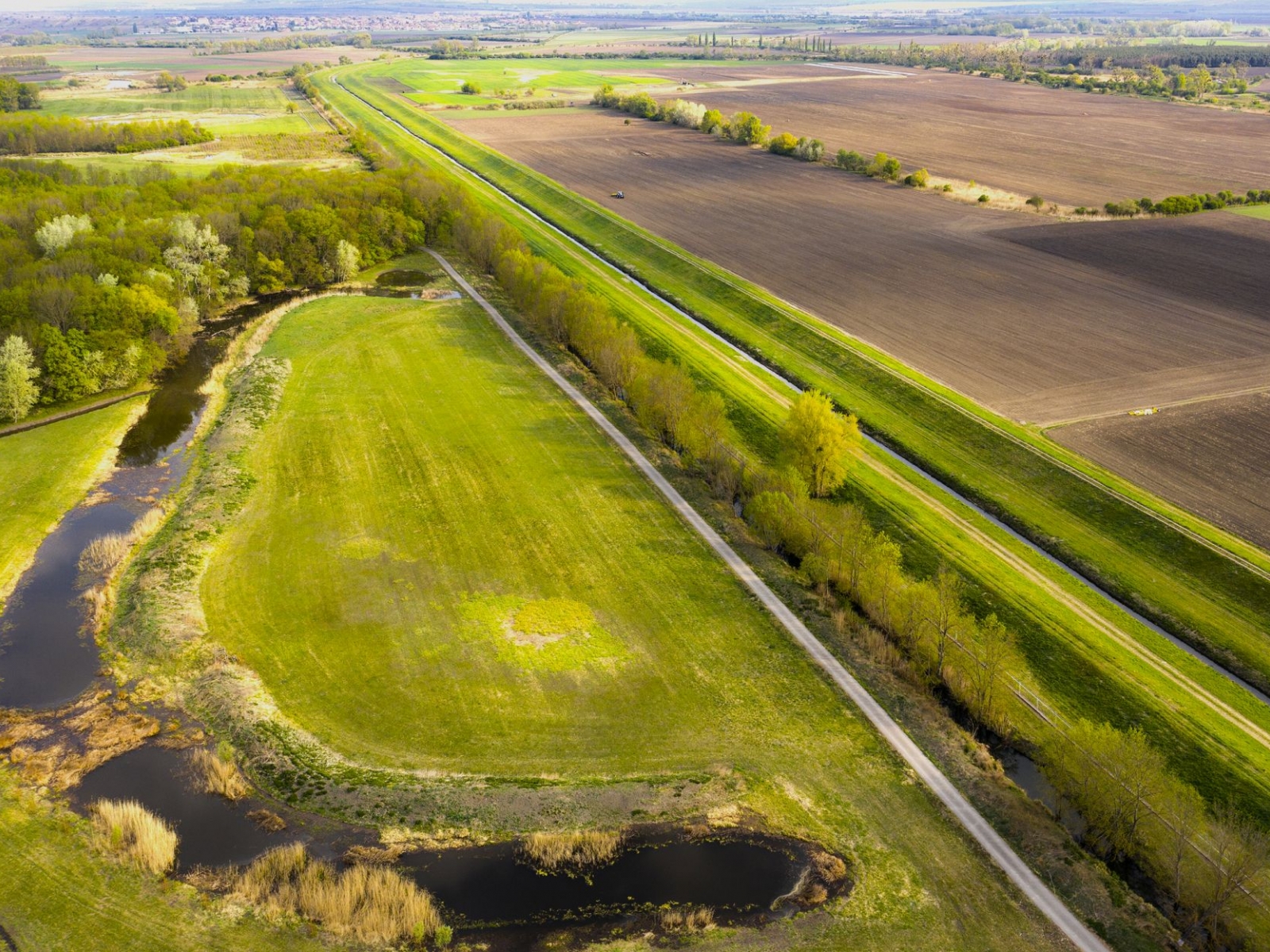 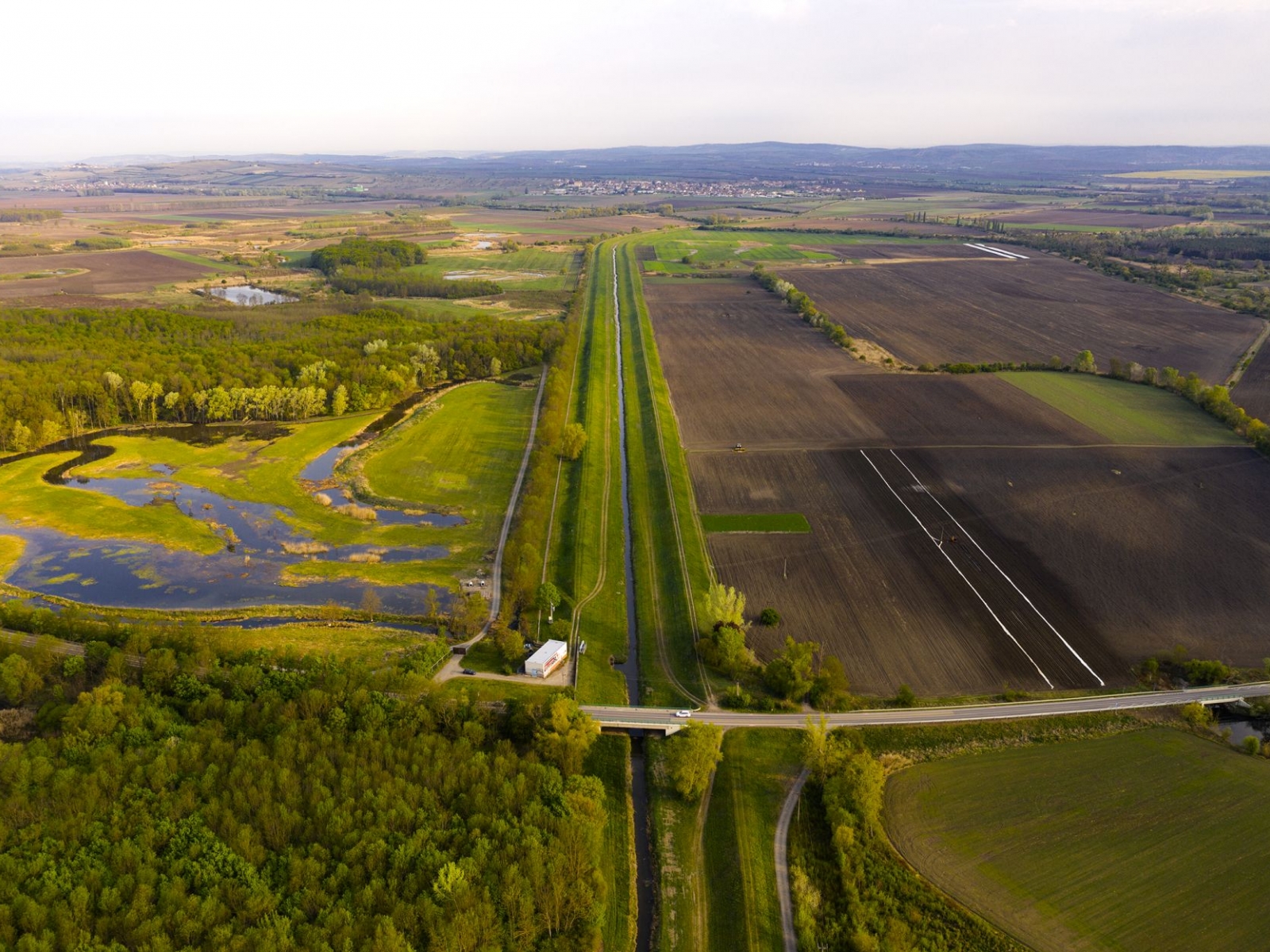 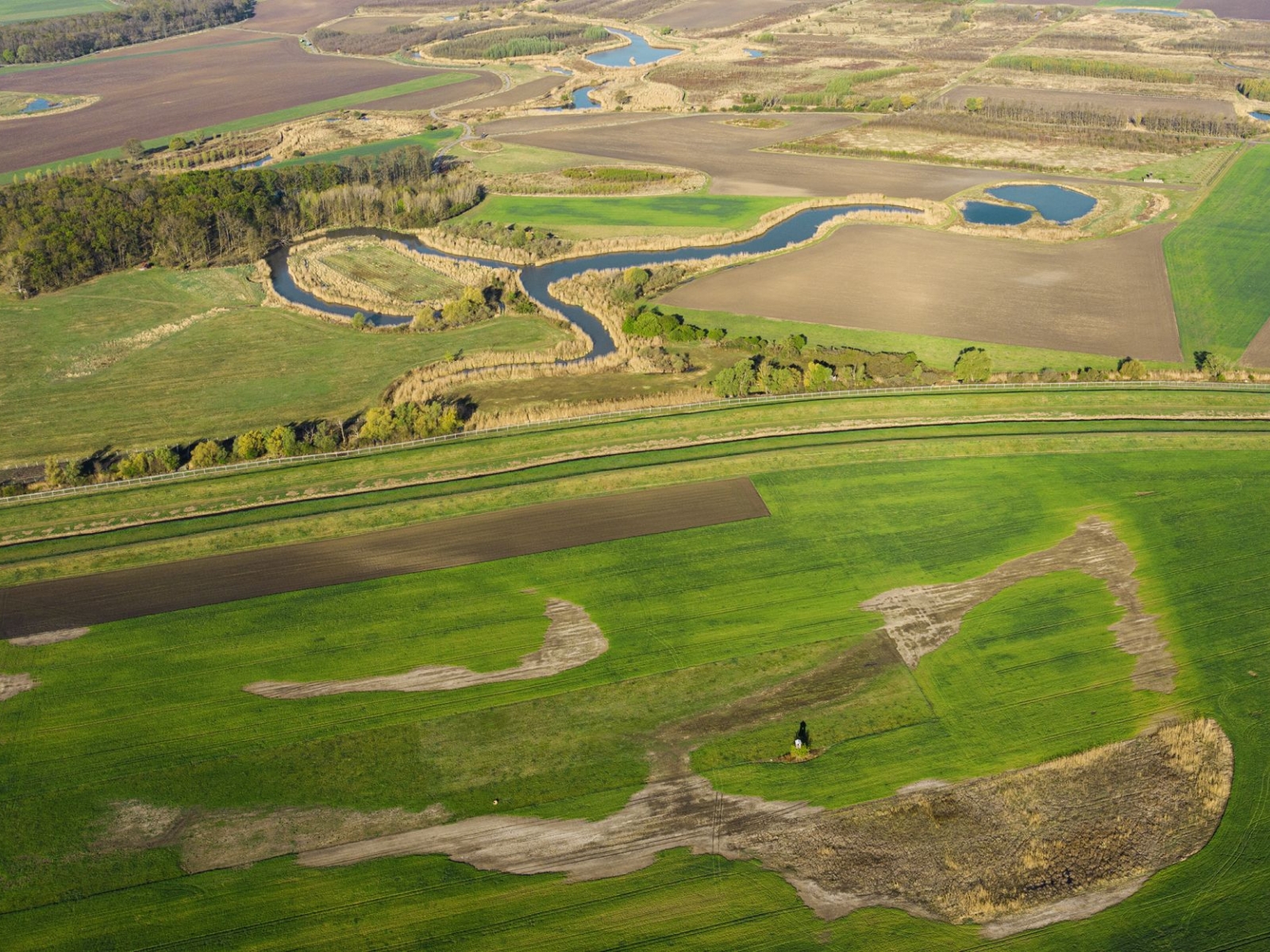 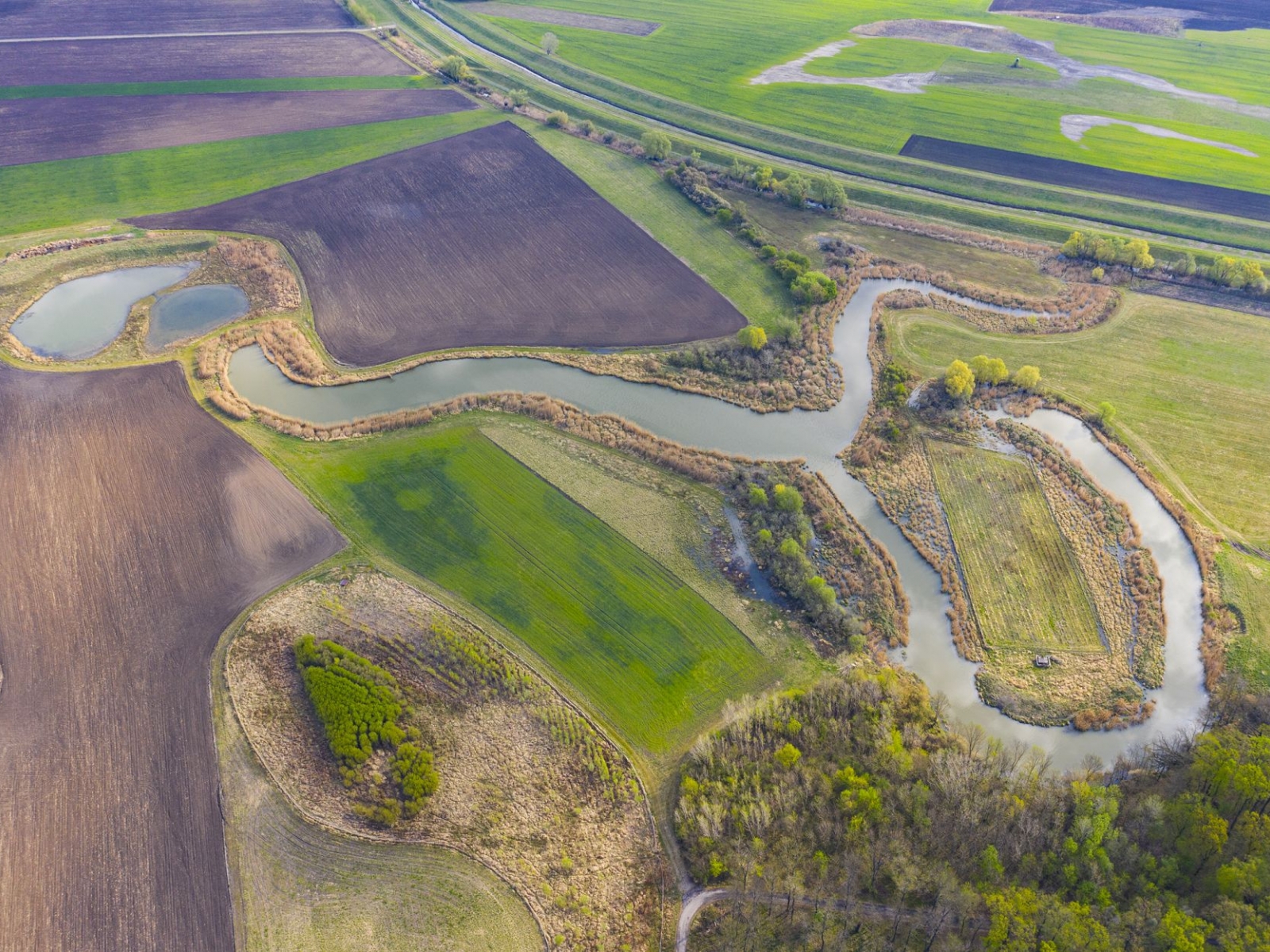 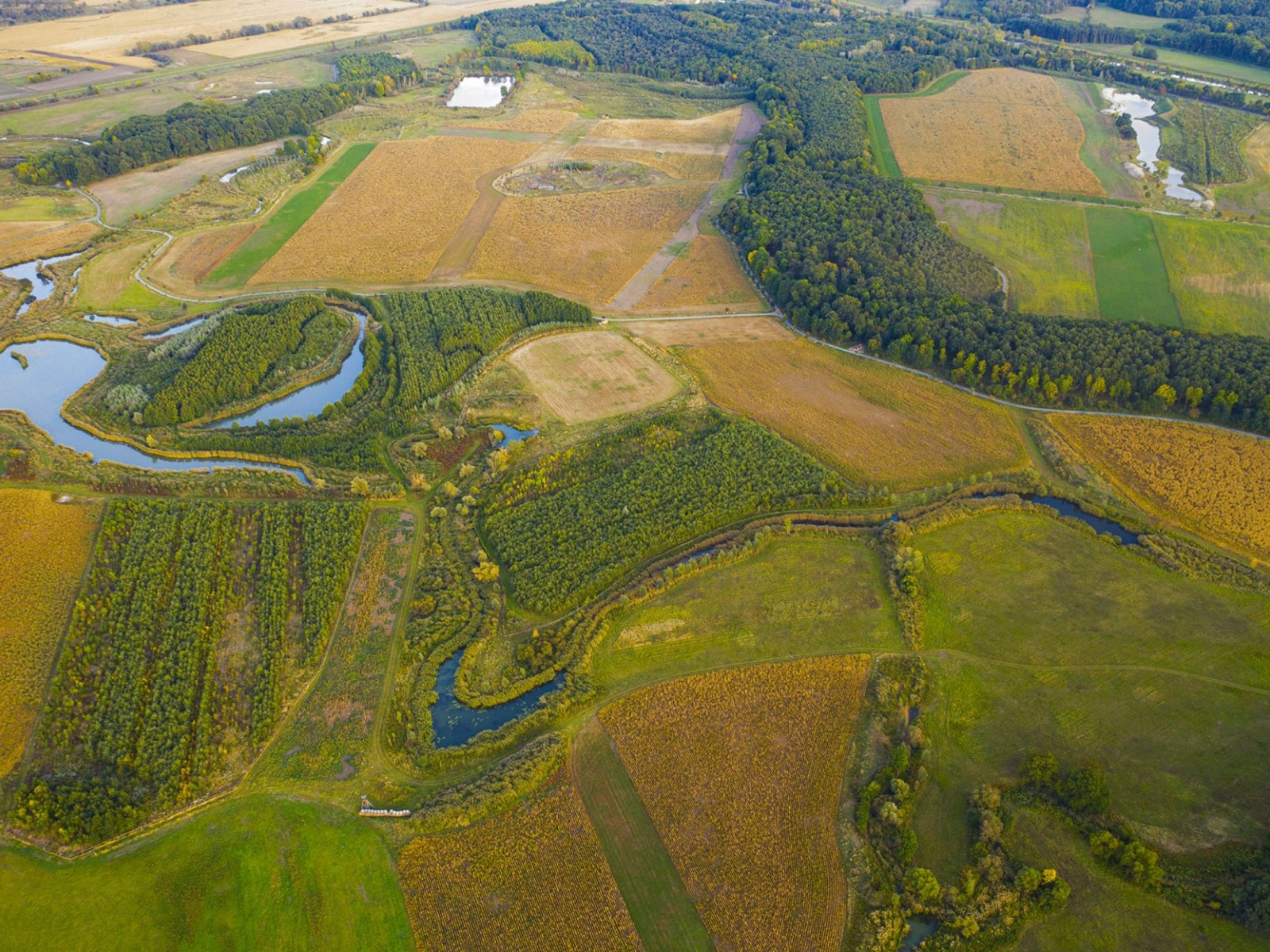 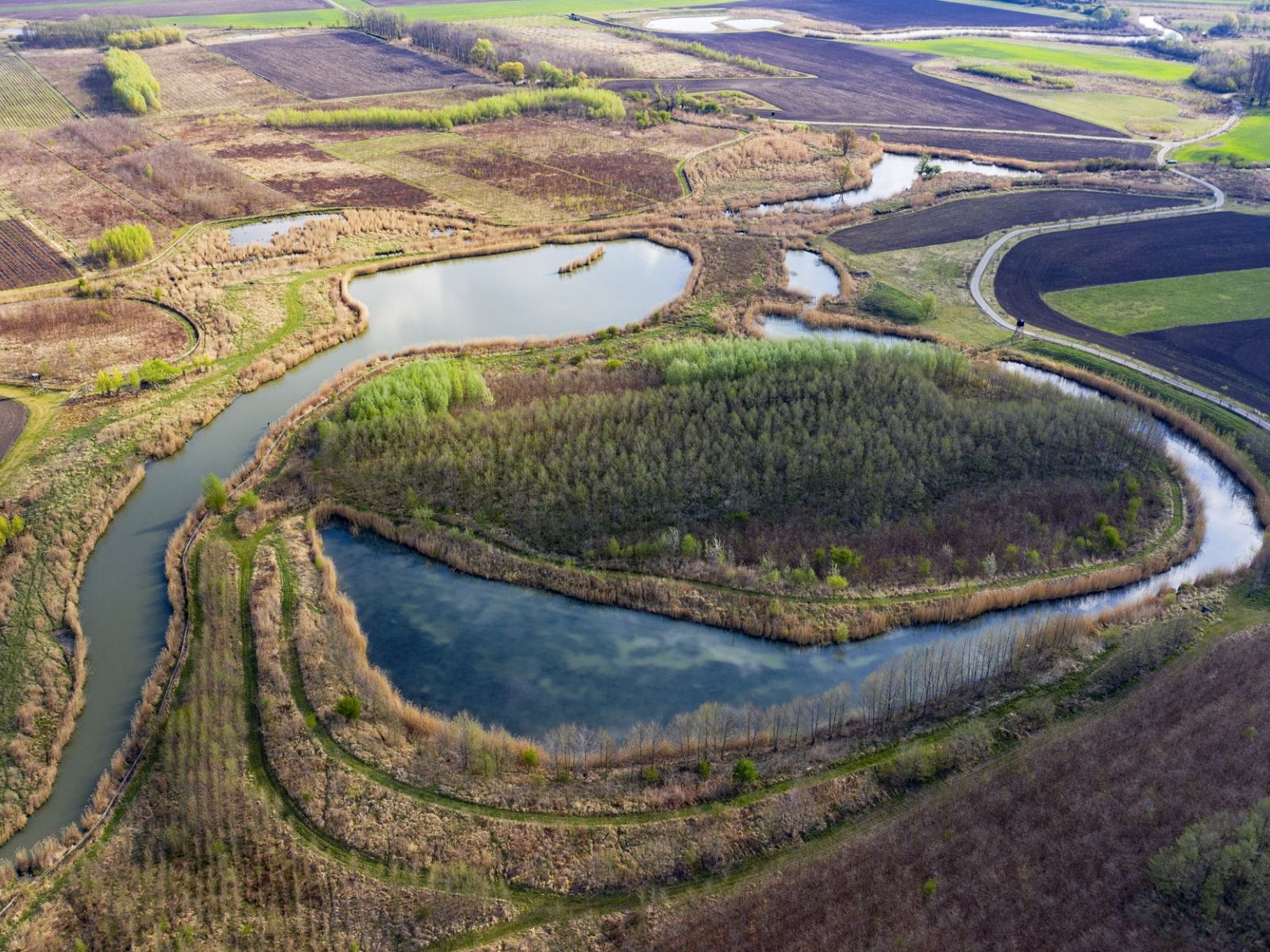 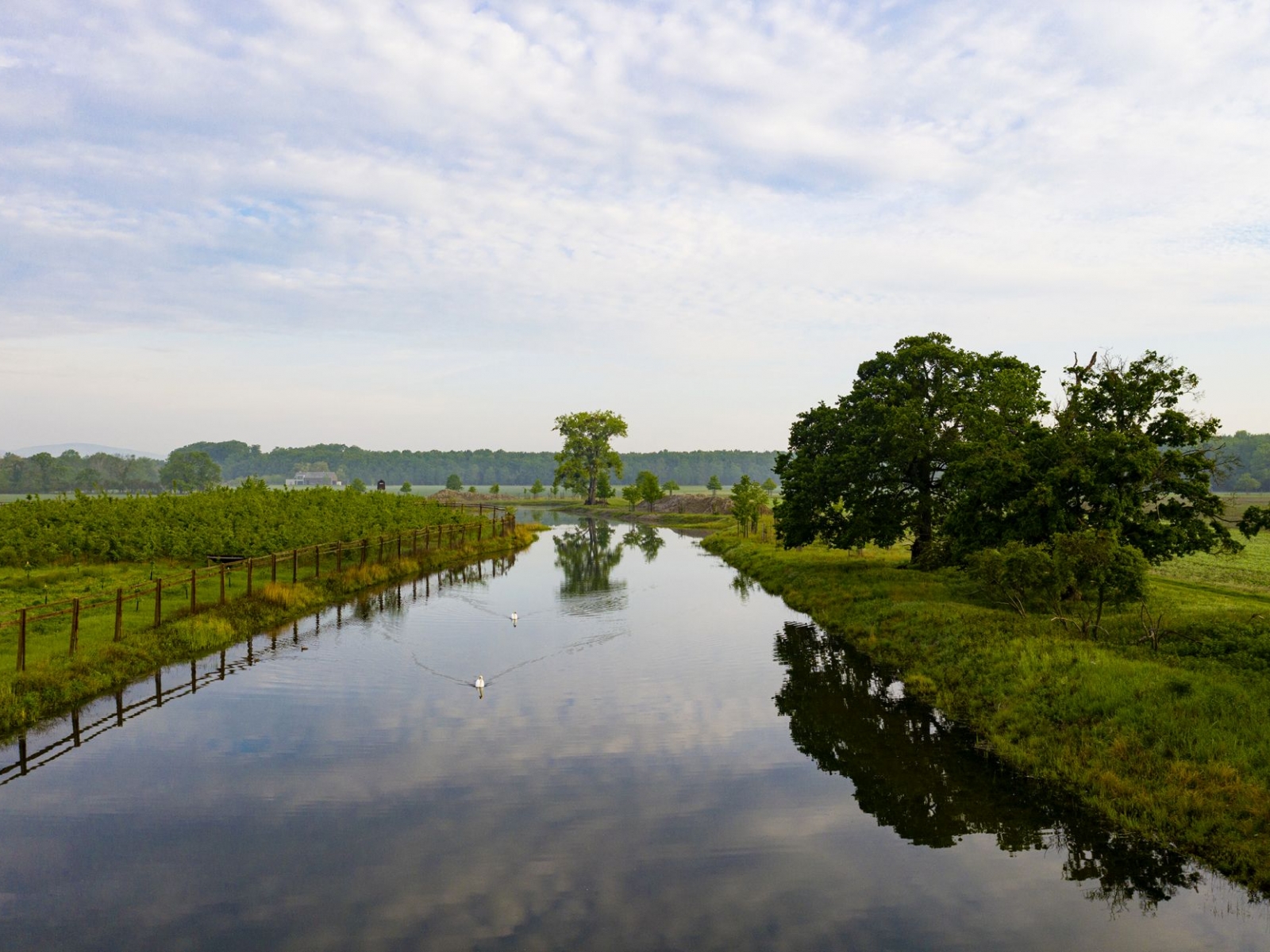